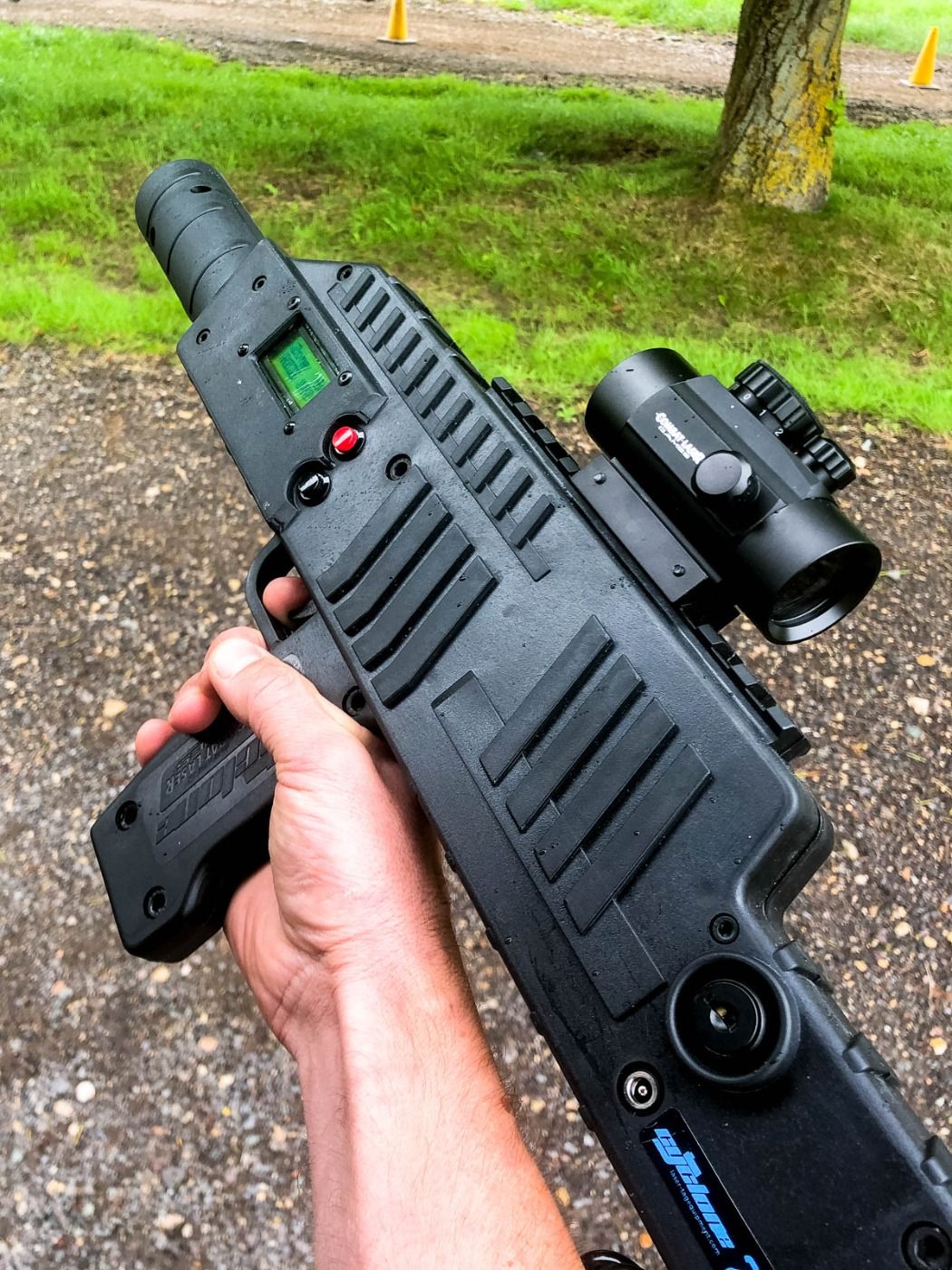 A fast paced, action packed activity suitable for virtually any age (8-80 yrs)! The latest Cyclone X Laser Tag guns are used to ensure every player becomes immersed in the games - they are simple to use but highly effective.

Sessions last 60 minutes and allow at least four different game formats to be played such as Death Match, Domination and Flag Grab!

Suitable for up to 28 people at a time.

You will play as a private group so you won't be mixed in with people you don't know.

Adults can be added to the event too! (£33 per adult) They will use the same kit but they will also be equipped with a set of 'Hyper Shock' electro pads! These are stuck on the skin between the shoulder blades - when shot the player receives an electric shock! (a quick, safe shock that feels similar to a fitness abs-toning machine). This highly popular option will really engage the juniors as they try to hunt down any adult on the game field - when shot the adult will get a shock.

The 60 minute session starts with a briefing to explain the format and how the kit operates. Each player had their own Cyclone Laser tagger and headband (the headband provides the targets for other players to shoot at!). The game is played between two teams - the Reds and the Blues.

Many different game formats will be played including: Death Match, Domination and Flag Grab! Games are short and action filled. Each player starts with full health and full armour. Every time you get shot the armour is damaged until it is destroyed (it regenerates if you avoid getting shot too quickly), once your armour is down you will start to loose your health points (never good!) until you are eliminated. In many games you can re-spawn by returning to your base - this resets your armour and health to allow you to get back into the game.

The laser tag guns are set to have unlimited ammo! After a number of shots the player needs to reload (pressing a button on the side of the gun and waiting for a few seconds) before carrying on shooting.

The guns have the following features:

Red Dot sight - accurate and easy to use!

Enhance your laser tag party by combining other activities into your event such as Karting, Pistol & Rifle Shooting or Junior Paintball.